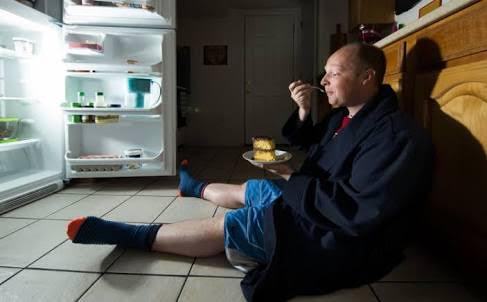 According to a recent study, eating the last meal of the day before 7 p.m. could help you stay in better health.

Eating later can promote a negative profile of weight, energy, and hormone markers – such as higher glucose and insulin, which are implicated in diabetes, and cholesterol and triglycerides, which are linked with cardiovascular problems and other health conditions,” Goel said.
The new findings, scheduled to be presented at SLEEP 2017, the 31st annual meeting of the Associated Professional Sleep Societies LLC (APSS) in Boston, offer experimental evidence on the metabolic consequences of consistent delayed eating compared to daytime eating.

There was a two-week washout period between conditions to make sure there was no carry over effect. The sleep period was held constant, between 11 p.m. to 9 a.m. The team found that when participants ate later, compared to the daytime condition, weight increased.

Respiratory quotient — the ratio of carbon dioxide produced by the body to oxygen consumed by the body- also rose during the delayed eating condition, indicatinglater eating led to metabolising fewer lipids and more carbohydrates.