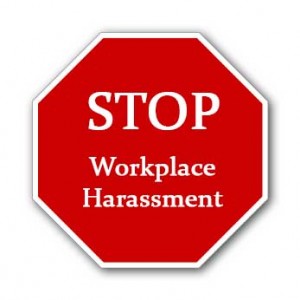 Of late, there have been increasing incidences of harassment at workplace. Verbal abuse, humiliation in public and other means of mental torture have become common. The phenomenon is not new. Employees have been facing distressful situations created by their colleagues and superiors out of sheer malice or even ulterior motive.

However, the situation has worsened alarmingly in the 21st century. Sadly, statistics tell us that 90% of the employees prefer to suffer in silence or quietly resign than to fight back or go in for legal redress of their grievances. Among the reasons cited for such employee behavior is “cultural” wherein the victim considers the Boss as always right and somehow empowered to resort to verbal abuse. Many consider it as prudent  to suffer such maltreatment than risk losing their jobs. Such behavior is not without its reasons. They frequently witness the ostracization of employees who raise their voices against such ill treatment. Invariably, such employees vanish from the system. This happens when the management decides to go after an employee talking of his/her rights and dignity at the workplace and demands fair treatment. Often such an employee stands in contrast to the sycophants. Consequently, he/she is first marked out for insubordination. Humiliation and shaming follow thereafter and the employee’s isolation becomes complete and thus becomes “invisible”.

The following ways are adopted by the workplace bully (Manager/Superior) to heap misery on the victim:

The lack of support from one’s colleagues encourages the bully to inflict unlimited humiliation on the employee and his/her family.

Thus, the ‘invisible’ employee completely vanishes when everything is forgotten about him, his family, his existence, his dedication and mainly his fight for dignity and fair play at the workplace.

Indeed, the statistics tell us a scary story.

81% of the employers do nothing to address the menace of bullying; many of them actually resist action when requested to do something.

Given the hierarchical nature of an organization, the injustices inflicted on employees at the lower echelons routinely go unnoticed at the highest echelons. Even if an injustice gets reported to the top it is often presented as a trivial issue not worth the time and attention of the highest management officials. Deprived of channels for redress of grievances, an employee suffers in isolation. However, it is not a trivial issue as proved by a professional counseling company which conducted a study on ‘The Mental Health Status of Employees in Corporate India.’ Over 6000 employees in different cities, across organizations voluntarily completed the depression scale. Here are the study’s findings:

Such alarming statistics call for awareness to be raised about Emotional harassment at workplace and rights of employees to combat against such harassment.

Thus, it becomes imperative for us to support an honest employee and never empower those who misuse their position and power by staying quiet. Raise your voice now to prevent the recurrence of “Invisible Employee” and “Unseen Wound”.

If you feel you are emotionally harassed you can follow the below guidelines:

1.Gather Evidence: Gather all relevant evidence to persuade the management to take action if the company does not have a policy to protect employees from harassment. Always meet or confront or deal with your harasser in the presence of a reliable witness so that your complaints can be corroborated, (This may be difficult but not impossible; never give in or give up).

2.Make your case: Make your case for having the bully terminated or transferred. You may also pursue relentlessly the case for implementing anti-bullying policies in an organization.

3.Leave:Sadly, there are instances where the organization ignores, condones or even instigates bullying of an employee. There have been cases of physical and mental distress inflicted the workplace. Often, the victim is expelled from the organization. To pre-empt such an eventuality it is always advisable to have a plan in place to get oneself transferred to another unit of a company/organization.

Mobbing, the emotional abuse, is a form of violence. In fact, in the book Violence at Work, published by the International Labor Office (ILO) in 1998, mobbing and bullying are mentioned in the same list as homicide, rape and robbery. Even though bullying and mobbing behaviors may seem “harmless” in contrast to rape or other manifestations of physical violence, the effects on the victim, especially if the mobbing happens over an extended period of time, have been so devastating for individuals that some have contemplated suicide.

The employers too can have remedial apparatus in place. The investigating committees should be unbiased and headed by officials with impeccable credentials. It would also be necessary for the committee to have representatives from among the employees to ensure justice.

Along with the above measures, an employee should ideally devise ways and means for creating a healthy environment at the workplace which discourages harassment, bullying and verbal abuse. The employee should feel confident that, in case of such a case, his or her voice will be heard with due consideration and corrective actions taken.